Dr. Julianne Trell, DC graduated from National College of Chiropractic in 1991, ready and eager to begin her journey as a Chiropractor in North Carolina with her soon to be husband and fellow Chiropractor, Dr. Mark Trell. Yet she quickly became disillusioned working as a traditional Chiropractor, “fixing” people’s back pain. She always knew innately that people had their own inner healer . She also learned that early Chiropractic was rooted in the belief of an Innate Intelligence yet the modern day chiropractic field seemed far away these truths. By early 1992, she experienced her first Network Chiropractic entrainment.

It was different and strange with its light touches and no “cracking of the spine”. Yet once she got off the table, she felt something inside her come alive. She could not name it or describe it. This inner sensation peaked her curiosity. So she returned within two days for her second entrainment and that deep awakening inside turned into a greater sense of peace and connection to herself than she had ever experienced before. Listening to her own inner voice, she attended her first professional NSA workshop, taught by Network Chiropractic’s creator, Dr. Donald Epstein. Within a month, she opened Network Family Chiropractic in Raleigh, NC which has now evolved to, Body Wisdom Wellness Center.

She continues to regularly attend NSA workshops across the country, receiving consistent NSA care herself, and is an active member of Association of Reorganizational Healing Practitioners. She has also had the pleasure of studying various energetic and subtle body techniques over the last 30 years from various teachers and masters. Dr. Trell also earned a Bachelors of Science in Clinical Nutrition and has had hundreds of hours of post graduate nutritional studies. She lives very happily in Raleigh with her dear husband and her two children.

” I always knew that we had this healing, reorganizing potential within us. NSA has given me the tools to assist anyone no matter of age or health to connect to this inner healing potential. There is nothing more beautiful than witnessing someone experience for the first time in their life this potential. Simply breathtaking! I am the luckiest woman in the World!”
-Dr. Julianne Trell 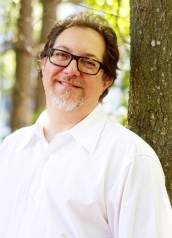 Dr. Mark P. Trell, QN, DC is a 1991 graduate of the National College of Chiropractic in Lombard, Ill. After a short stint in his native state of Ohio, Dr. Mark moved to Raleigh to begin his professional career in warmer climes.

Dr. Mark built a very large and successful accident and injury practice in the early nineties, but felt unfulfilled by the impersonal nature of his practice. He knew that what was missing from his care was the personal touch. So he left his practice and moved across town to start a wellness clinic, where the focus would be on the whole person and whole health This transition proved to be rewarding for both doctor and patient.

By the early 2000’s that restlessness returned. Dr. Mark knew there was more he could do for his practice members, but it wasn’t clear until he attended a seminar by Dr. George Gonzales, DC,founder Quantum Neurology. Dr. Mark knew that he had found what he had been looking for. He completed the 120 hour course in 2008. Dr. Mark is one of the “original eight”, the first certified Quantum Neurologists in the world. His greatest joys are time with his family, traveling, and listening to Elvis Costello.

To minimize your wait time, you can download our forms to bring to our office.